Easiest way to achieve 5 points for your Australian PR 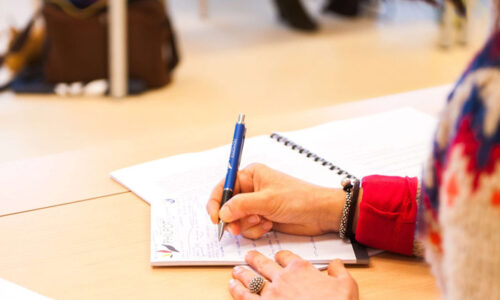 NAATI CCL is the easiest It’s a test in your own language that saves a lot of valuable time with reasonable cost.We are a test preparation centre aims to help you prepare for the CCL test. We offer over 31 most popular languages and have an amazing team of experts who are ready to guide you in every possible way to score better. We have the best structured and well-researched study materials with the right vocabulary, sentence structure, composition, latest syllabus and technique about the NAATI Test.

CCL tests are conducted from a recording which is played to the candidate by a testing officer. A chime will indicate the end of each segment. Candidates should wait until they hear the chime before providing their response in the other language.

The candidate’s responses are recorded for marking. The recording will include two dialogues. Each test dialogue is based on a conversation between an English speaker and a speaker of your LOTE (Language other than English).
The testing officer will pause the test recording at each chime and allow the candidate to complete their response to the segment.
The testing officer will restart the recording and play the next segment only when the candidate has finished.

The dialogues used within the test will reflect real-life domains which typically form part of daily life in Australian society. This may include health, legal, community, immigration/settlement, education, social services, financial, housing, business, employment, insurance or consumer affairs situations.
In the test, the candidate is required to transfer the meaning of what is said by each speaker into the other language (i.e. English into LOTE and LOTE into English). Each dialogue is about 300 words, approximately half in English and half in LOTE. These are divided into segments that do not exceed 35 words each.
The dialogues are designed to assess the candidate’s ability to serve as a channel of communication between two persons who do not speak the same language.

Two significant factors that contribute to the CCL Assessment Test are:

Language Register  refers to the level of formality with which a candidate transfers the meaning.
CCL test is assessed individually by two examiners using a Deductive Marking System. Here, the type of errors in a candidate’s performance is taken into account by the examiners. Based upon the impact of these errors on the actual meaning of a sentence or a dialogue, the marks are deducted.

Errors for which the examiners deduct a candidate’s score are:

If two or three of these errors are detected per dialogue, the examiner declares the result as FAIL.

Candidates must be able to

How the test is marked
Each dialogue receives a mark out of 45. In order to pass, a candidate needs to score at least 29 out of 45 for each dialogue and score at least 63 out of 90 overalls.
When NAATI issues the result for the CCL test it will be based on the mark achieved:

Compare to other NAATI tests, CCL enjoys many advantages; saving your time, money and effort.
You do not have to do the 1) ethical test 2) Intercultural test in CCL test

What we will cover
In this course we will train you very specifically with transcripts and examples from your native language, so you can easily understand the explanation of all types of possible errors in interpreting.
You are expected to have a moderate level of competency in English as well as your language. We can only help you with the comprehension errors of the source speech and the possible interpreting techniques to convey that sense of meaning.

I am not good at learning a language, but I want to try. Do you think I can do it?
We strongly believe that everyone can learn it with accurate strategy. Our aim is to help students, who have different learning style and capacity, learn their native languages and reach their goal.

Important Notice
Usually, for all CCL Courses, the demand is not always high therefore if it is less than 3 students in the course it will be conducted ONLINE. However, ONLINE classes are even more convenient (one to one live session through SKYPE/WHATSAPP, schedule your own time). Please kindly always put your TEST DATE in the comment of your enrollment form. So we can decide what is the latest date we can open the course for you. Please Note:
– The enrolment fee must be paid at least one week in advance of the course commencement date.
– If face to face class does not have enough students, we may re-schedule the course to get more enrolment or still offer the course for 3- 4 students with a slightly smaller number of hours with the original agreement.
-This course is not run by NAATI and we are not affiliated with NAATI nor do we represent NAATI. Completing this course does not grant you with NAATI accreditation.
-PTE Study Centre only helps you, through this CCL preparation course, to prepare for your CCL exam (for 5 migration points).
After you finish the course, you need to sit for the TEST and obtain your CCL POINTS from NAATI.
NAATI contact number: 1300 557 470