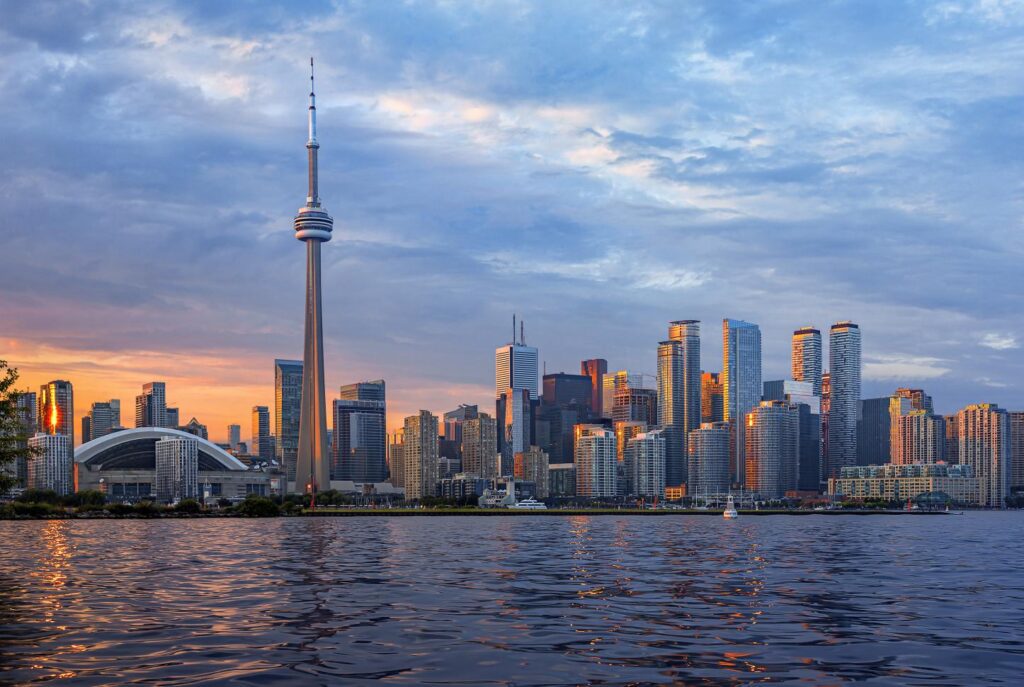 Canada is a country occupying most of northern North America, extending from the Atlantic Ocean in the east to the Pacific Ocean in the west and northward into the Arctic Ocean. It is the world’s second largest country by total area, and shares land borders with the United States to the south and northwest. A federation now comprising ten provinces and three territories, Canada is a parliamentary democracy and a constitutional monarchy with Queen Elizabeth II as its head of state. It is a bilingual and multicultural country, with both English and French as official languages at the federal level. Technologically advanced and industrialized, Canada maintains a diversified economy that is heavily reliant upon its abundant natural resources and upon trade—particularly with the United States, with which Canada has had a long and complex relationship.

Canada occupies a major northern portion of North America, sharing land borders with the contiguous United States to the south and with the US state of Alaska to the northwest, stretching from the Atlantic Ocean in the east to the Pacific Ocean in the west; to the north lies the Arctic Ocean. By total area (including its waters), Canada is the second largest country in the world, after Russia, and largest on the continent. By land area it ranks fourth, after Russia, China, and the United States. Since 1925, Canada has claimed the portion of the Arctic between 60°W and 141°W longitude, but this claim is not universally recognized. The northernmost settlement in Canada and in the world is Canadian Station Forces (CFS) Alert on the northern tip of EllesmereIsland—latitude 82.5°N—just 817 kilometres (450nautical miles) from the North Pole. Canada has the longest coastline in the world: 243,000 kilometres.

The, 3.5 inhabitants per square kilometer (9.1/sq.mi), is among the lowest in the world. The population density most densely populated part of the country is the Quebec City-Windsor Corridor along the Great Lakes and Saint Lawrence River in the southeast. To the north of this region is the broad Canadian Shield, an area of rock scoured clean by the last ice age, thinly soiled, rich in minerals, and dotted with lakes and rivers. Canada by far has more lakes than any other country and has a large amount of the world’s freshwater.

Northern Canadian vegetation tapers from coniferous forests to tundra and finally to Arctic barrens in the far north. The northern Canadian mainland is ringed with a vast archipelago containing some of the world’s largest islands.

Average winter and summer high temperatures across Canada vary depending on the location. Winters can be harsh in many regions of the country, particularly in the interior and Prairie provinces which experience a continental climate, where daily average temperatures are near ?15 °C (5 °F) but can drop below ?40 °C (?40 °F) with severe wind chills. In non-coastal regions, snow can cover the ground almost six months of the year, (more in the north). Coastal British Columbia is an exception and enjoys a temperate climate with a mild and rainy winter.

On the east and west coast average high temperatures are generally in the low 20s °C (70s °F), while between the coasts the average summer high temperature ranges from 25 to 30 °C (75 to 85 °F) with occasional extreme heat in some interior locations exceeding 40 °C (104 °F). For a more complete description of climate across Canada see Environment Canada’s Website.

Canadian culture has historically been influenced by British, French, and Aboriginal cultures and traditions. It has also been influenced by American culture because of its proximity and migration between the two countries. American media and entertainment are popular if not dominant in Canada; conversely, many Canadian cultural products and entertainers are successful in the US and worldwide. Many cultural products are marketed toward a unified “North American” or global market.

Canada is a geographically vast and ethnically diverse country. There are cultural variations and distinctions from province to province and region to region. Canadian culture has also been greatly influenced by immigration from all over the world. Many Canadians value multiculturalism, and see Canadian culture as being inherently multicultural.

Canadians practice a wide variety of religions. According to 2001 census, 77.1% of Canadians identified as being Christians; of this, Catholics make up the largest group (43.6% of Canadians). The largest Protestant denomination is the United Church of Canada; about 16.5% of Canadians declare no religious affiliation, and the remaining 6.3% were affiliated with religions other than Christianity, of which the largest is Islam numbering 1.9%, followed by Judaism: 1.1%.

Canada is a constitutional monarchy with Elizabeth II, Queen of Canada, as head of state; the monarch of Canada also serves as head of state of fifteen other Commonwealth countries, putting Canada in a personal union relationship with those other states. The country is a democracy with a federal system of parliamentary government and strong democratic traditions.

Canadian provinces and territories are responsible for education. Each system is similar while reflecting regional history, culture and geography. The mandatory school age ranges between 5–7 to 16–18 years, contributing to an adult literacy rate that is 99%.Postsecondary education is also administered by provincial and territorial governments, who provide most of the funding; the federal government administers additional research grants, student loans and scholarships. In 2002, 43% of Canadians aged between 25 and 64 had post-secondary education; for those aged 25 to 34 the post-secondary attainment reaches 51%.

Canada’s official national sports are ice hockey (winter) and lacrosse (summer). Hockey is a national pastime and the most popular spectator sport in the country. It is the most popular sport Canadians play, with 1.65 million active participants in 2004. Canada’s six largest metropolitan areas – Toronto, Montreal, Vancouver, Ottawa, Calgary, and Edmonton – have franchises in the National Hockey League (NHL), and there are more Canadian players in the league than from all other countries combined. After hockey, other popular spectator sports include curling and football; the latter is played professionally in the Canadian Football League (CFL).Golf, baseball, skiing, soccer, volleyball, and basketball are widely played at youth and amateur levels, but professional leagues and franchises are not as widespread.

Canada has hosted several high-profile international sporting events, including the 1976 Summer Olympics, the1988 Winter Olympics, and the2007 FIFA U-20 World Cup. Canada will be the host country for the 2010 Winter Olympics in Vancouver and Whistler, British Columbia.